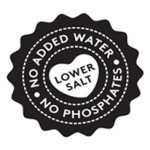 O’Neill’s Dry Cured Bacon Co. has won numerous prestigious awards, is highly acclaimed by food critics and is chosen bacon of many of the top chefs in Ireland. Isn’t it time you tasted it for yourself?

O’Neill’s Dry Cured Bacon Co. has won numerous prestigious awards, is highly acclaimed by food critics and is chosen bacon of many of the top chefs in Ireland. Isn’t it time you tasted it for yourself? 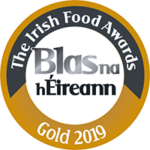 Now in the 10th year, Blas na hEireann, The Irish Food Awards is the biggest competition for quality Irish produce on the island of Ireland. Over 2500 products were entered into the 2017 competition to win Gold, Silver and Bronze Awards in over 100 food and drink categories as well as key awards such as Supreme Champion and Best Artisan Producer.

Tasty rashers of bacon are the heart of the traditional Irish breakfast plate and this one produced in Ireland’s Ancient East is genuinely Irish and it carries the Bord Bia Quality Mark, which guarantees the meat has been reared and processed in the Republic of Ireland and produced to the highest international standards that are regularly independently checked. Pat O’Neill’s products are cured by hand, low in salt and phosphate free, and the difference is plain to see in the cooking and the taste.

Your favourite bacon company has won several Great Taste Awards in 2013, 2014, 2015, 2016, 2017 and again in 2018. In fact in 2018 we were treble winners once again. Two Stars were awarded for the Back Bacon Joint which is the only Dry Cured joint to be awarded two stars in Ireland. A further one star was awarded to the Dry Cured Streaky Rashers and Smoked Streaky Rashers. 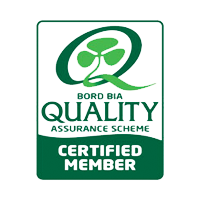 We are a member of the Bord Bia Quality Assurance Scheme. This means that our Bacon has been produced to the highest Bord Bia quality standards and uses all Irish Pork. All of our bacon is fully traceable and the production facility is following excellent hygiene and manufacturing practice.

So whether the O’Neill’s bacon is centre-stage on your breakfast plate, or whether it is a pivotal element that brings all the other flavours in your dinner dish into focus, it is a vital part of every creative kitchen. Good bacon is the cook’s best friend and, once you have tried O’Neill’s bacon, you will understand why it’s the choice of the best cooks. John & Sally McKenna – See www.guides.ie to read the full article.

The Food Writers Guild Award 2011 was presented to O’Neill’s Foods for the consistent high quality and excellent value of their range of hand-crafted, dry-cured bacon and hams.

“Pat O’Neill produces and wholesales old style artisan dry cure bacon which is not only deliciously tasty but what you get is solid meat per kilo for your money with none of that old water seeping out on the pan!” 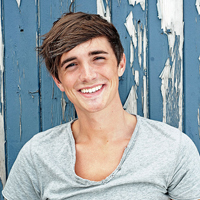 “The saying goes you ‘get what you put in’ and for that reason O’Neills Dry Cure Bacon Co. rashers cook beautifully and taste supreme. If you think a rasher is a rasher you haven’t tried O’Neills.” 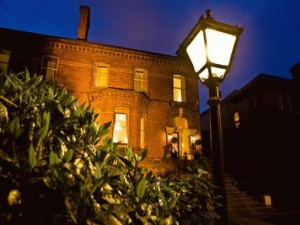 We stayed at Ariel House for 2 nights, and I wished we could have stayed longer because this place is truly wonderful.

The breakfast was the best we have ever had at a B&B or hotel. Home grown bacon, hand made sausages & white & black pudding. We can’t recommend this highly enough. Read more.

This website uses cookies to improve your experience while you navigate through the website. Out of these cookies, the cookies that are categorized as necessary are stored on your browser as they are essential for the working of basic functionalities of the website. We also use third-party cookies that help us analyze and understand how you use this website. These cookies will be stored in your browser only with your consent. You also have the option to opt-out of these cookies. But opting out of some of these cookies may have an effect on your browsing experience.
Necessary Always Enabled
Necessary cookies are absolutely essential for the website to function properly. This category only includes cookies that ensures basic functionalities and security features of the website. These cookies do not store any personal information.
Non-necessary
Any cookies that may not be particularly necessary for the website to function and is used specifically to collect user personal data via analytics, ads, other embedded contents are termed as non-necessary cookies. It is mandatory to procure user consent prior to running these cookies on your website.
SAVE & ACCEPT
Go to Top